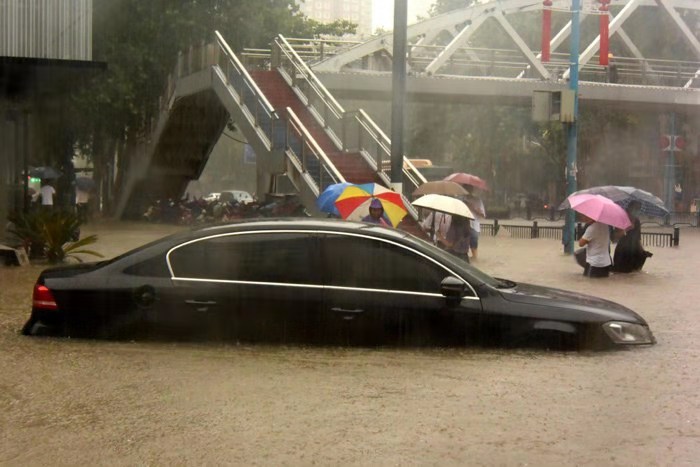 Being caught in a flood is incredibly dangerous. Like many other natural disasters, floods can occur with little to no warning. Flash floods move quickly and have strong currents. They are known to rip trees out of the ground, destroy buildings and cause bridges to collapse.

Of course, drowning is a threat during a flood, not only because there is so much water and it’s moving quickly, but also because of what the water is carrying. Debris caught in the current can injure anyone in the floodwater, making it more difficult to swim or tread water.

Additionally, floods can cause power outages, communication disruptions, traffic jams and widespread destruction. And, the flood itself isn’t the only issue to contend with. The aftermath can be just as deadly, as it may not be possible to deliver essential supplies such as water and food to the area.

If a flood warning has been issued, seek shelter immediately. Never attempt to walk, swim or drive through floodwaters. It only takes six inches of moving water to knock a person off their feet, and being knocked unconscious by a fall into moving water could be fatal. Additionally, as little as one foot of flood water can sweep cars away.

1. Avoid bridges that cross rapidly-moving water, as floodwaters can cause bridges to collapse.

2. Listen to emergency broadcasts for further instructions. If told to evacuate, do so.

3. Stay inside a car trapped by fast-moving water. Only get out if the water begins to flood the car itself, then move to the roof of the vehicle.

4. If trapped within a flooding building, move to the highest floor. Do not go into the attic, as it is possible to become trapped there without a way to escape. Only relocate to the roof if necessary. Once there, signal for help (such as drawing SOS on the roof).

5. Avoid power lines, as they are often damaged or knocked down during strong storms and flooding. A downed power line can cause surrounding water to become charged, leading to electrocution.